Popsicle Grin for the First Day

I'm currently sitting in a hotel room and it's 10:40 pm on the official first day of fall.  I just arrived here, much later than I probably should have if I was being responsible.  Instead of following the plan of leaving after work, I opted to grab my camera and a coffee while the sun started to go down and have a date with the pumpkin patch.  An alone date.  It's kind of my thing.  A little tradition so to speak.  I knew I should have hit the road to this training destination, but I do believe in throwing shoulds out the window sometimes.  This time, out the window to hit the road for the sunshine shining through the yellow leaves. 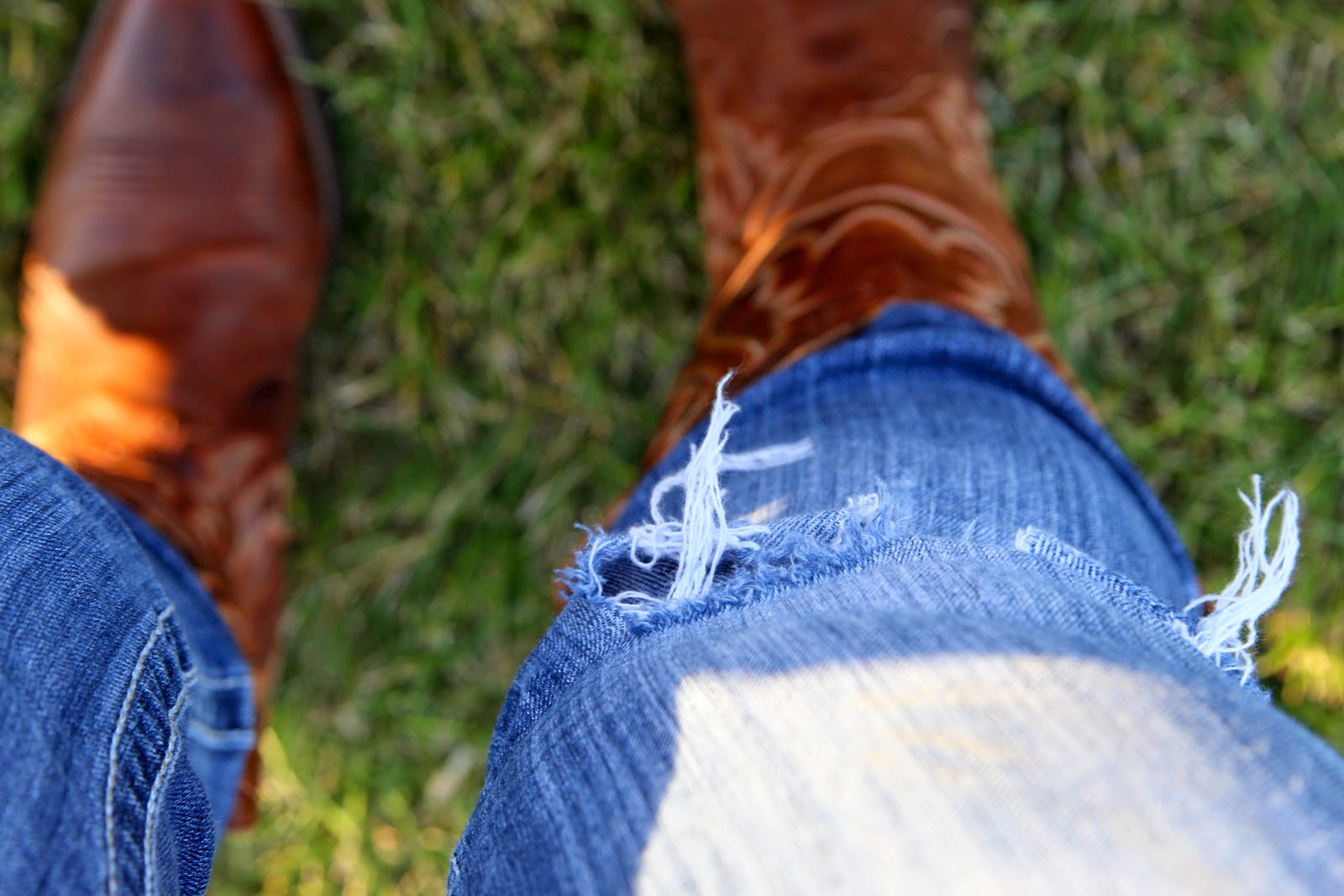 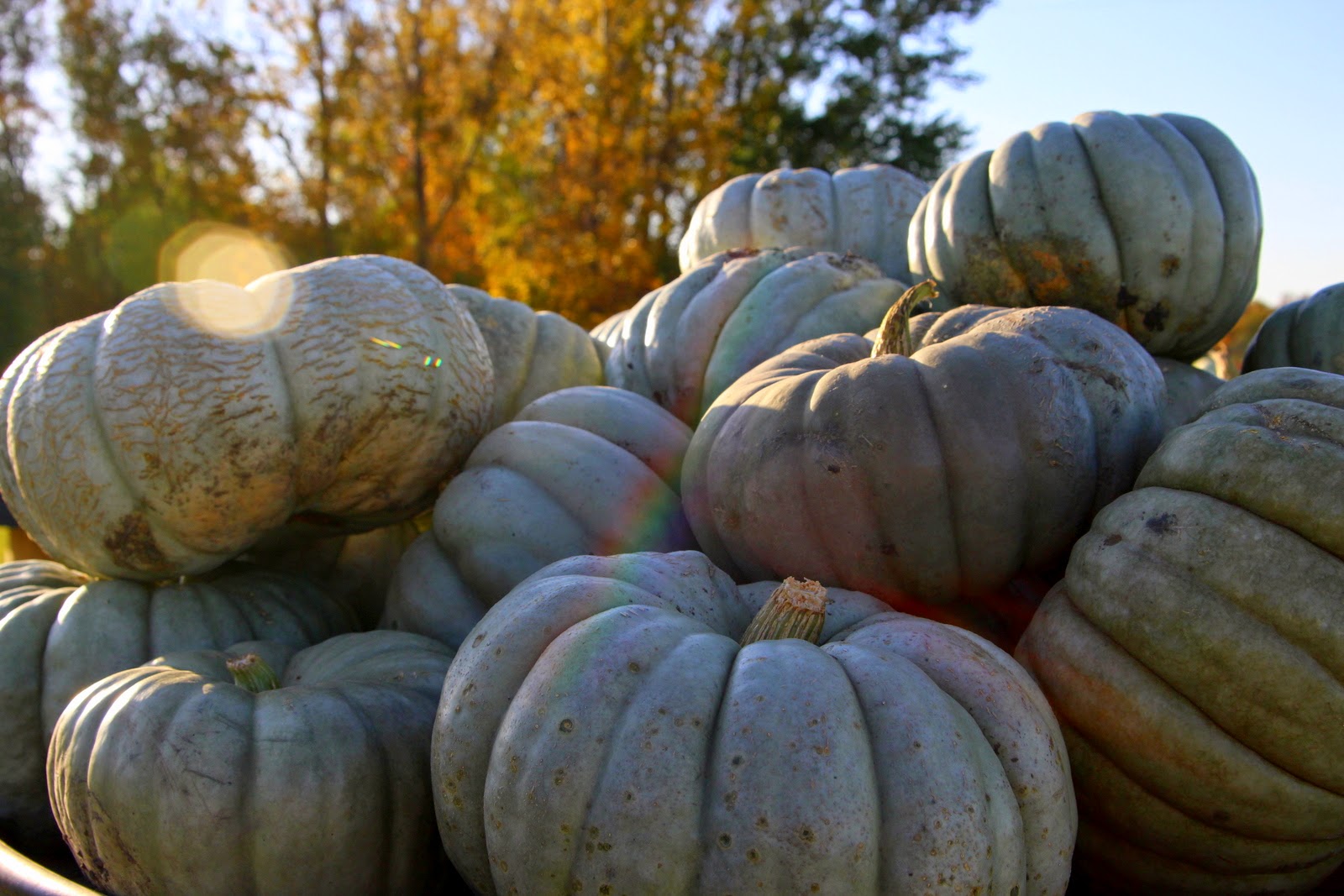 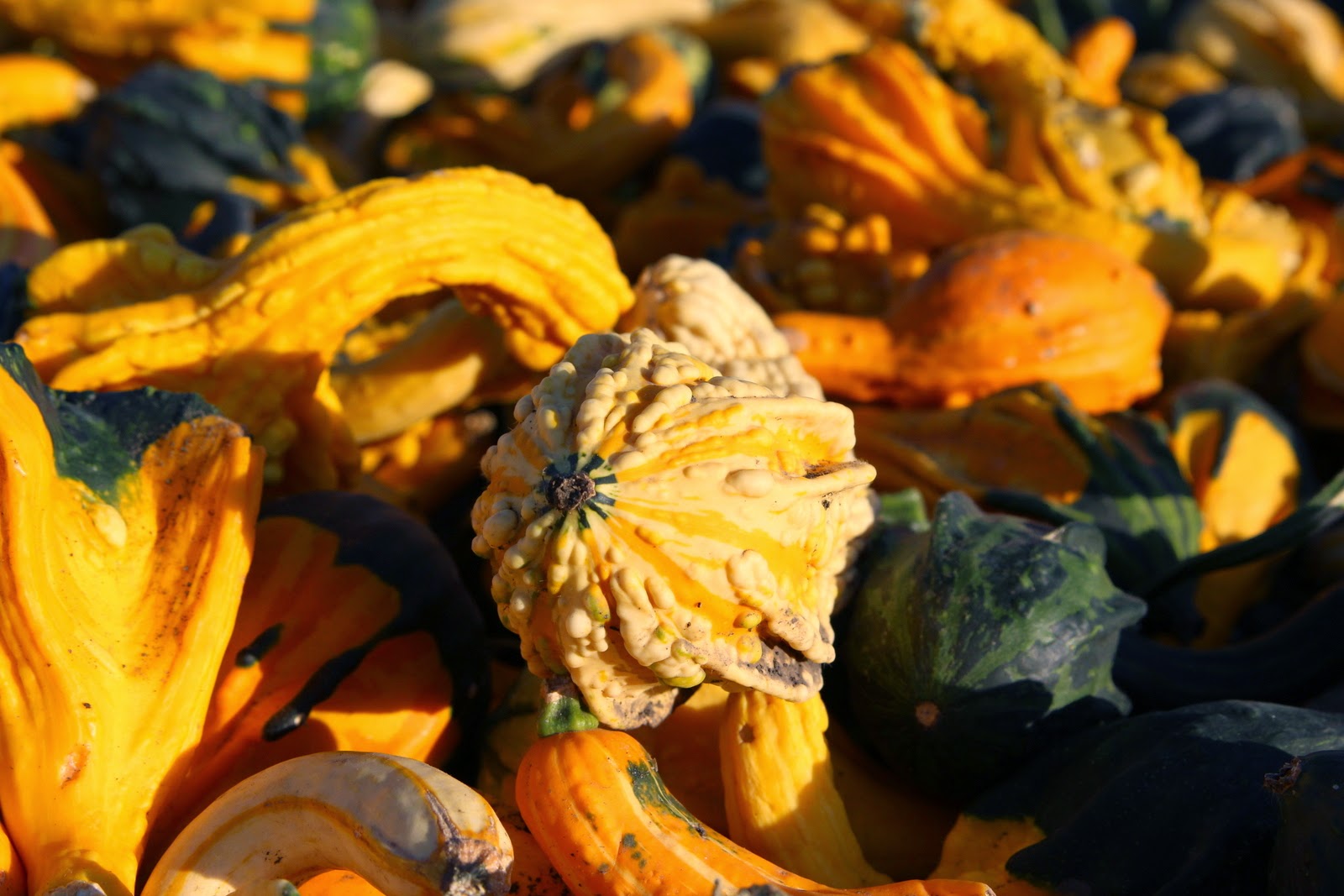 There are certain bits and pieces of me that I wish to never lose, they are the important ones.

Therefore, the pumpkin patch won over leaving town at a responsible time.

It was worth it.  I needed some time with my camera and the air. 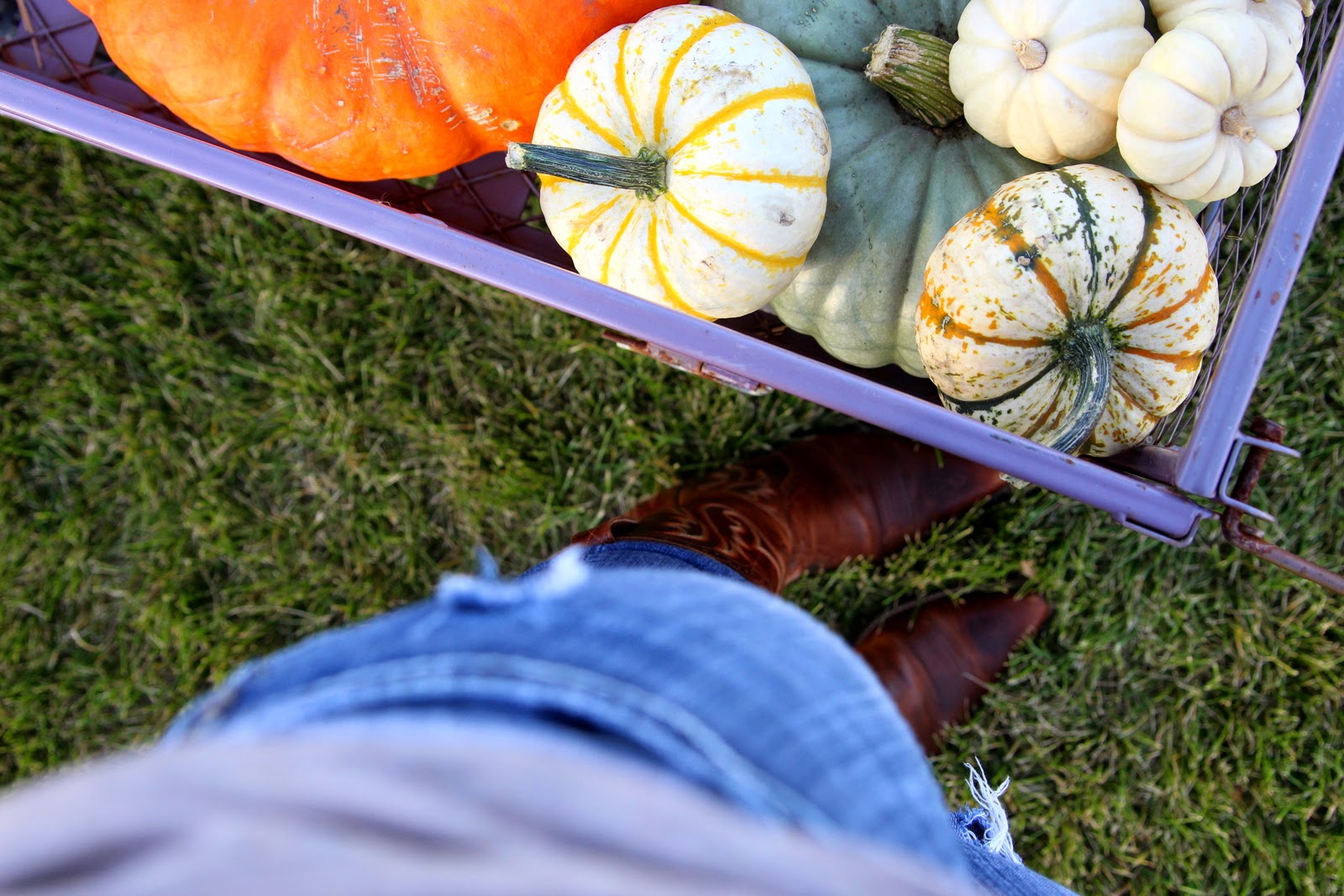 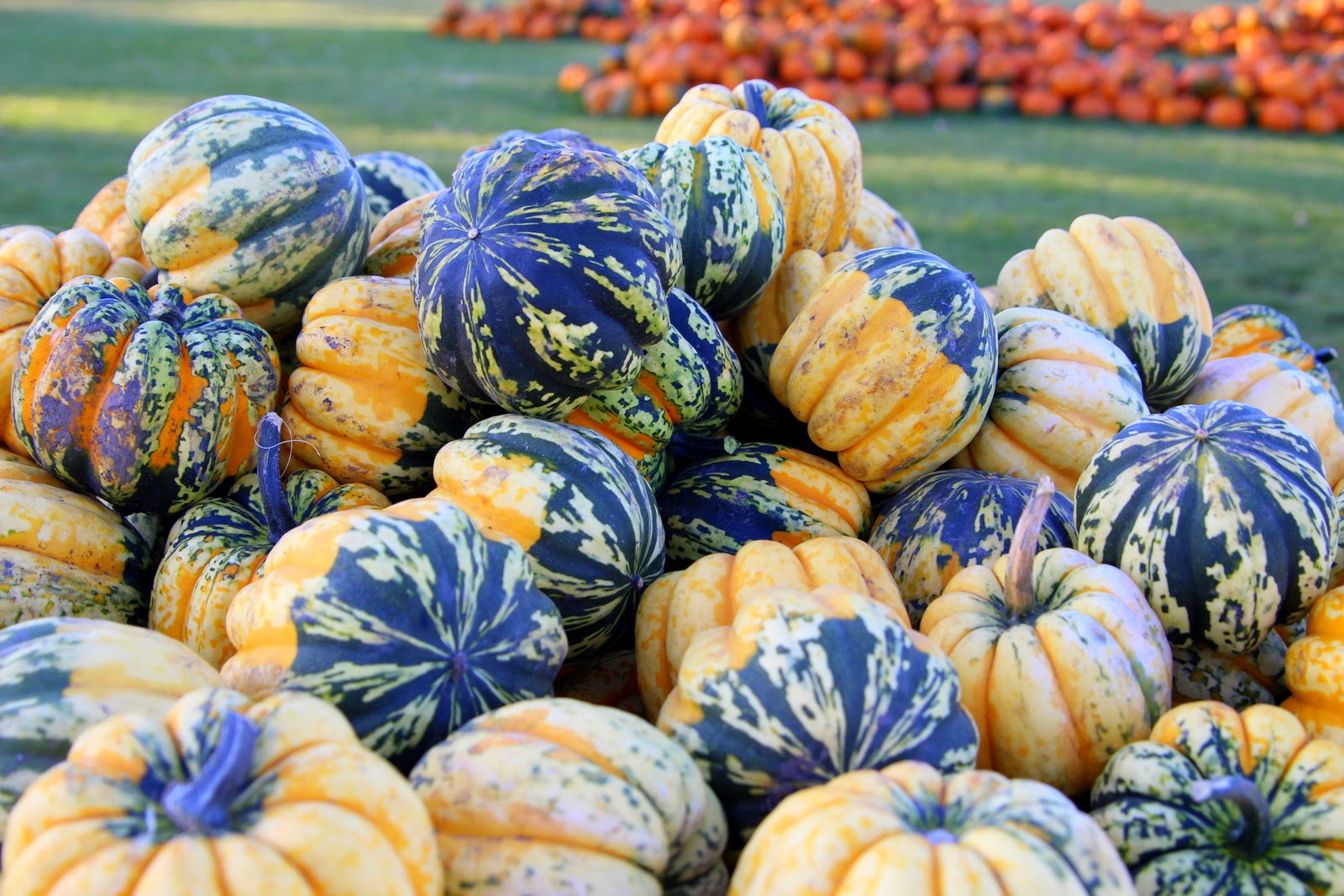 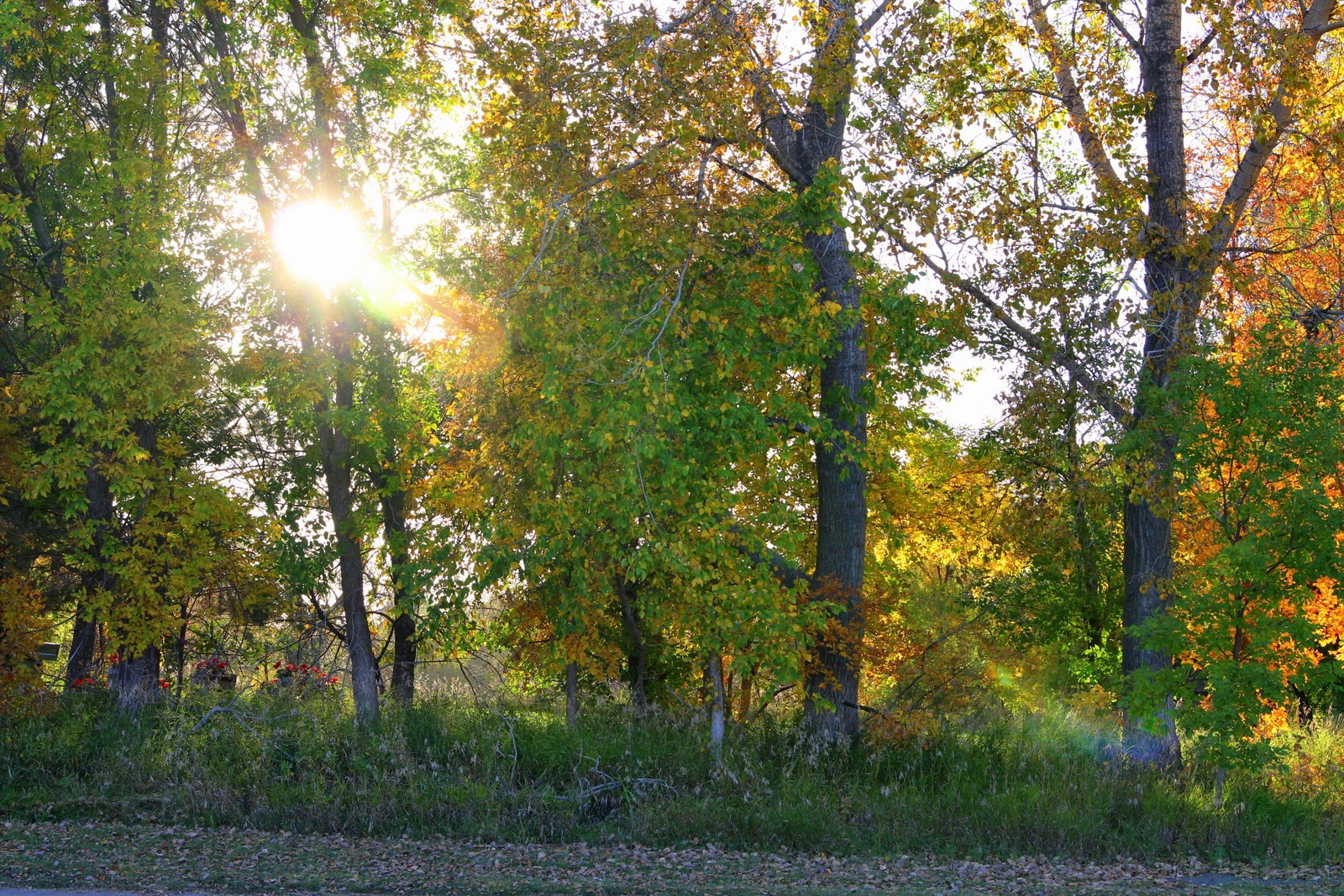 When the light filtered through the trees in a rainbow ray as I pulled my wagon full of pumpkins across the grass, I stopped.  Popsicle style of grin.  Kool-aid kind of smile.  Not losing the important bits and pieces of me with this season of life. 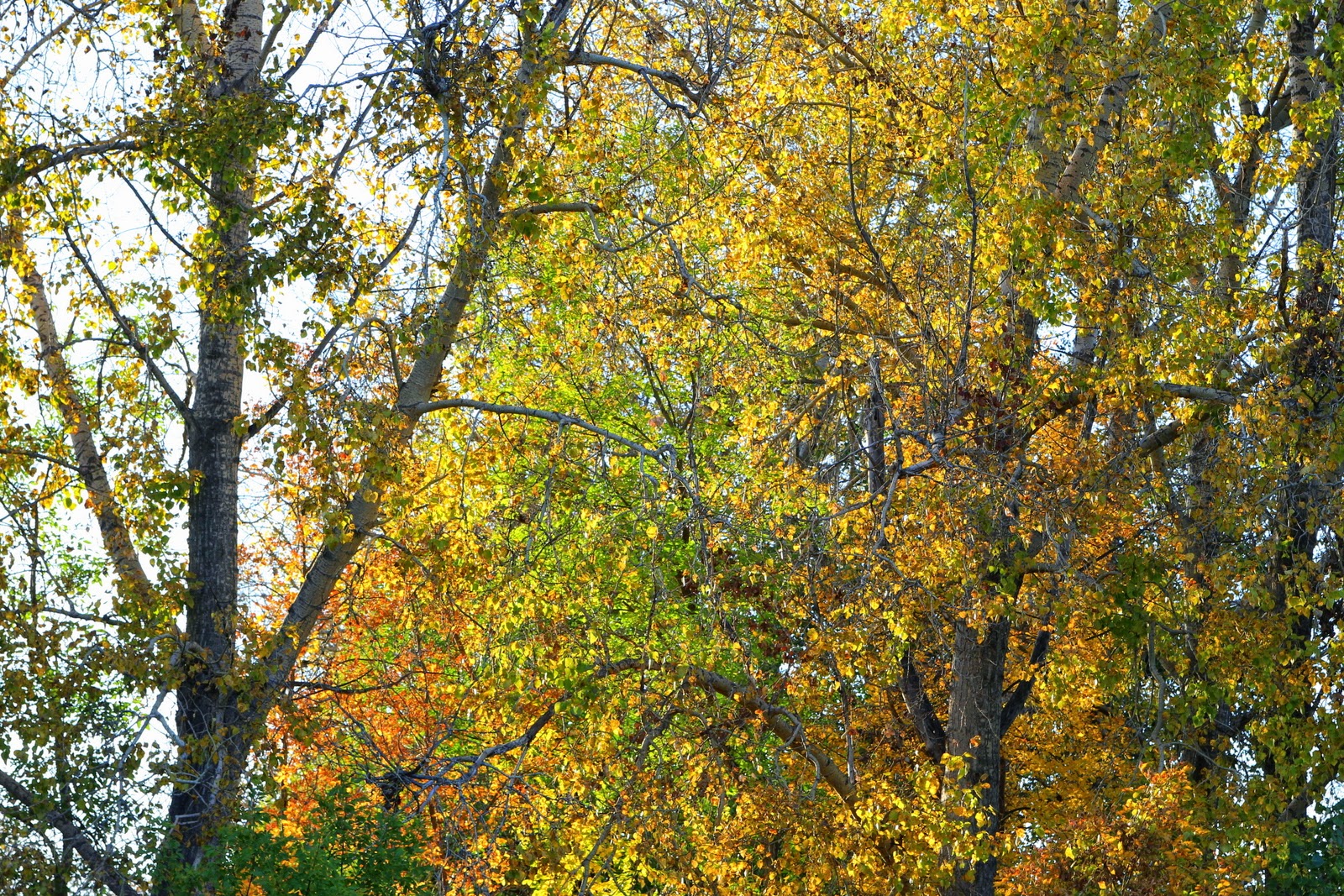 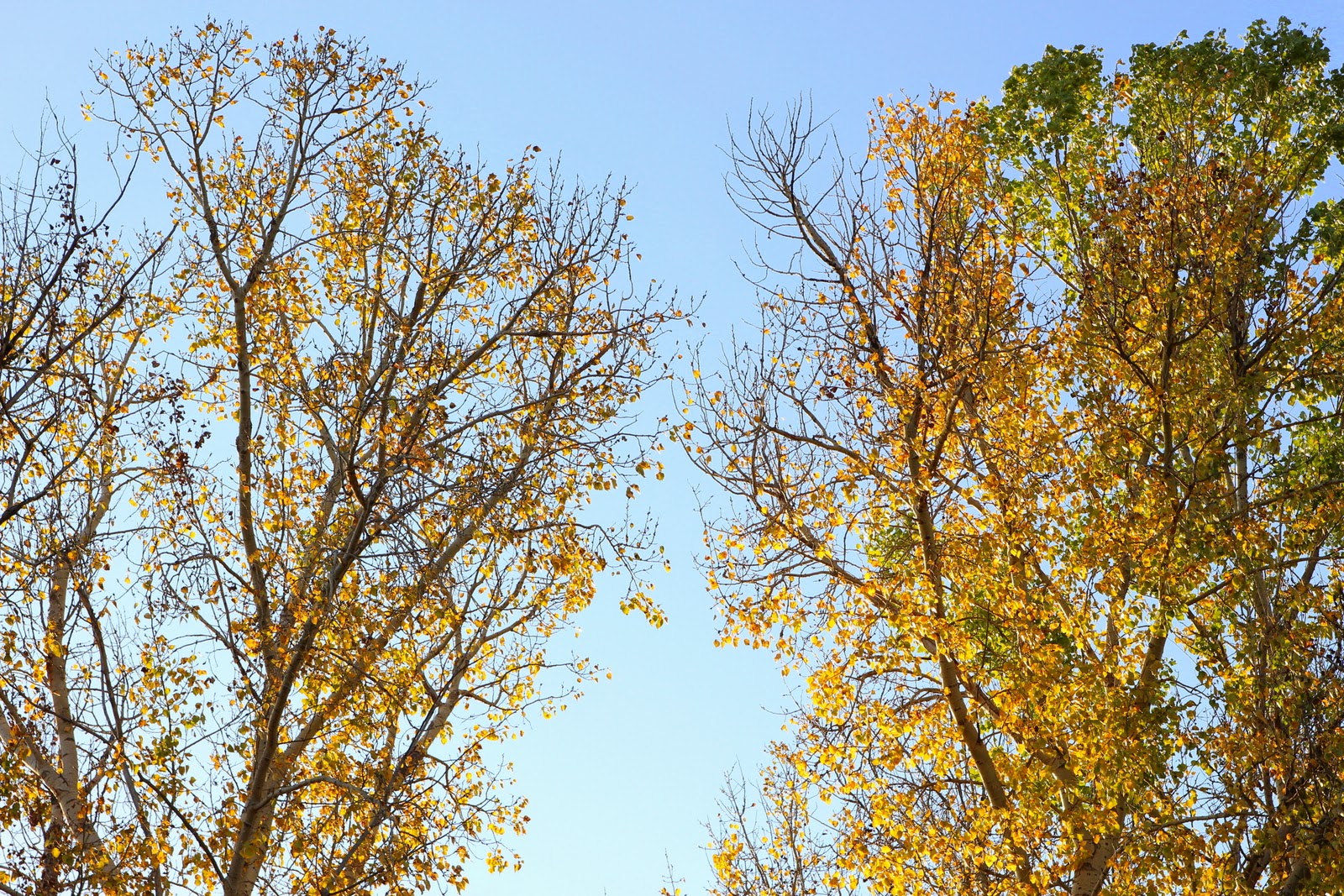 And seriously, this actual season - the season of fall - is truly a gift every single year.  It's a reminder to slow it down and snuggle it in and keep traditions tight.  The days from now until December 26th are my favorite of favorites. 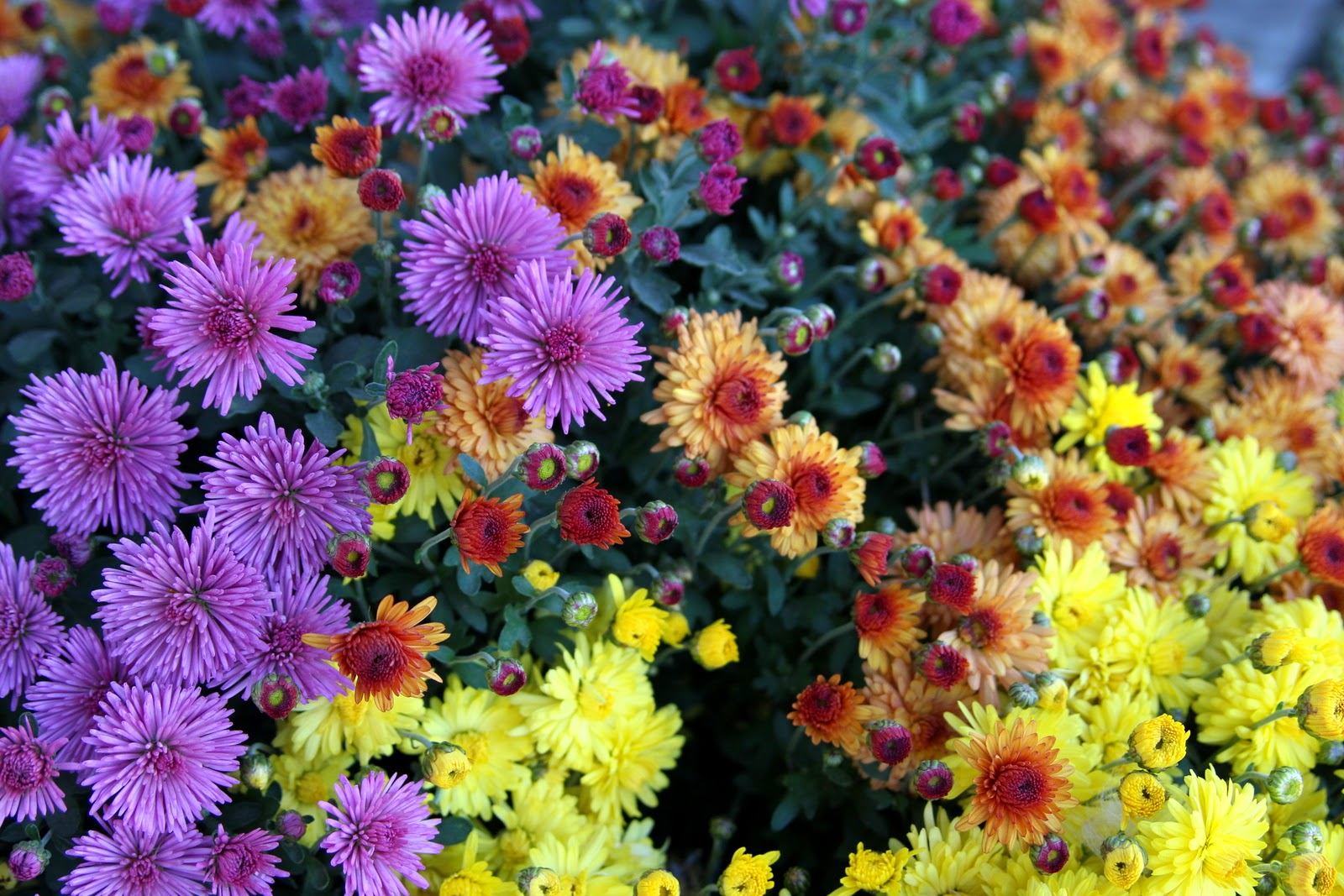 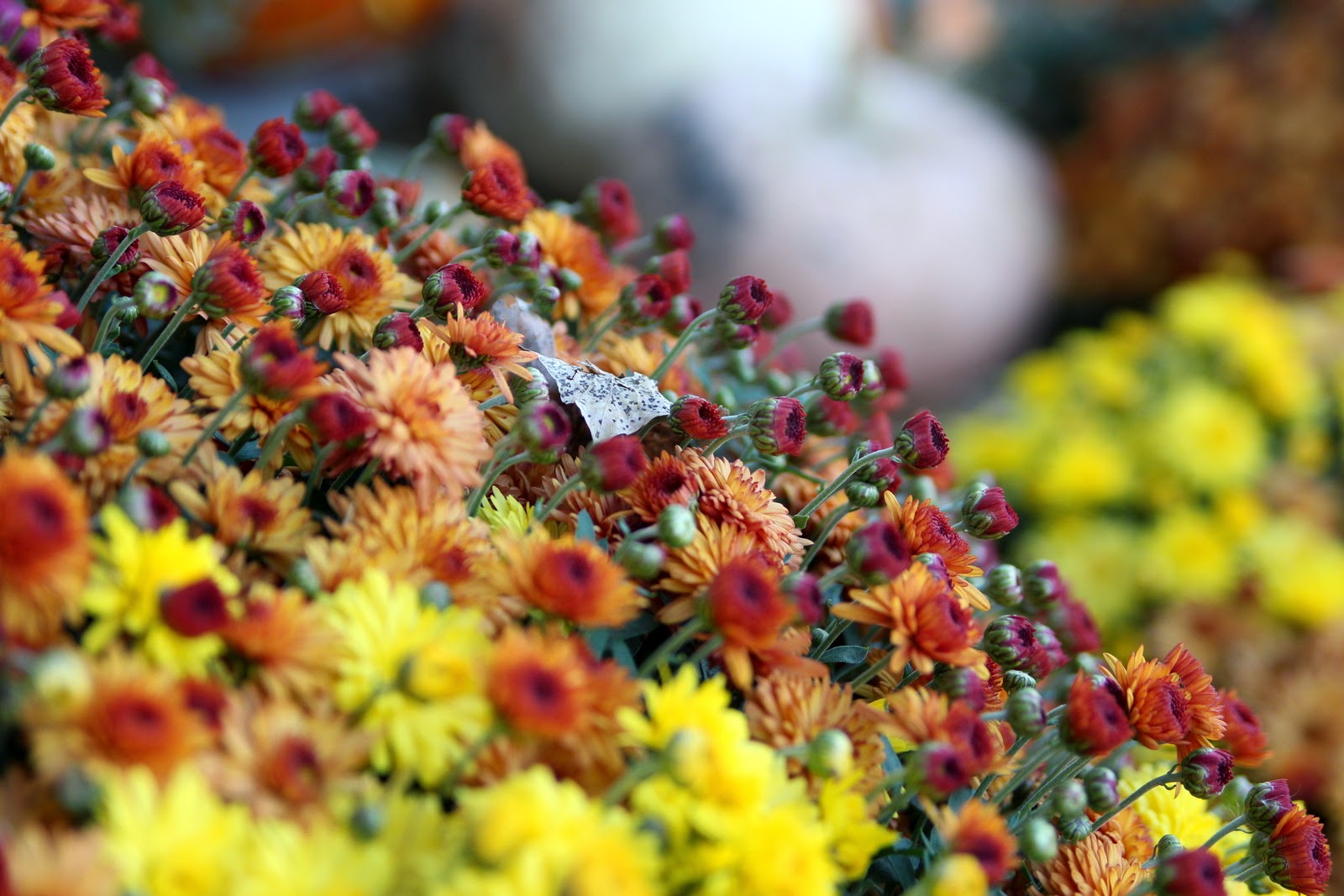 I love office supplies; it's no secret and I'm not ashamed.  I could stand in a pen aisle for longer than I'd care to divulge and there's nothing quite like a freshly organized binder.

There are two things currently keeping me sane while I run around the countryside - these pencils and my little love many things notebook.

First, let's discuss the notebook.  I write everything down.  Everything.  I'm in a meeting and you can guarantee I'm writing.  I'm training and I'm taking notes during down time about what needs to be different or what went well.  I'm on the phone and the pencil is a moving.  Mostly it's work items being noted but every once in a while a little of this type gets thrown in...happenstance - I like this word.

I go back to the notebook and check all the pages frequently.  Making sure I'm not forgetting something and am following up and following through.  A little notebook - it's my mode of operation. 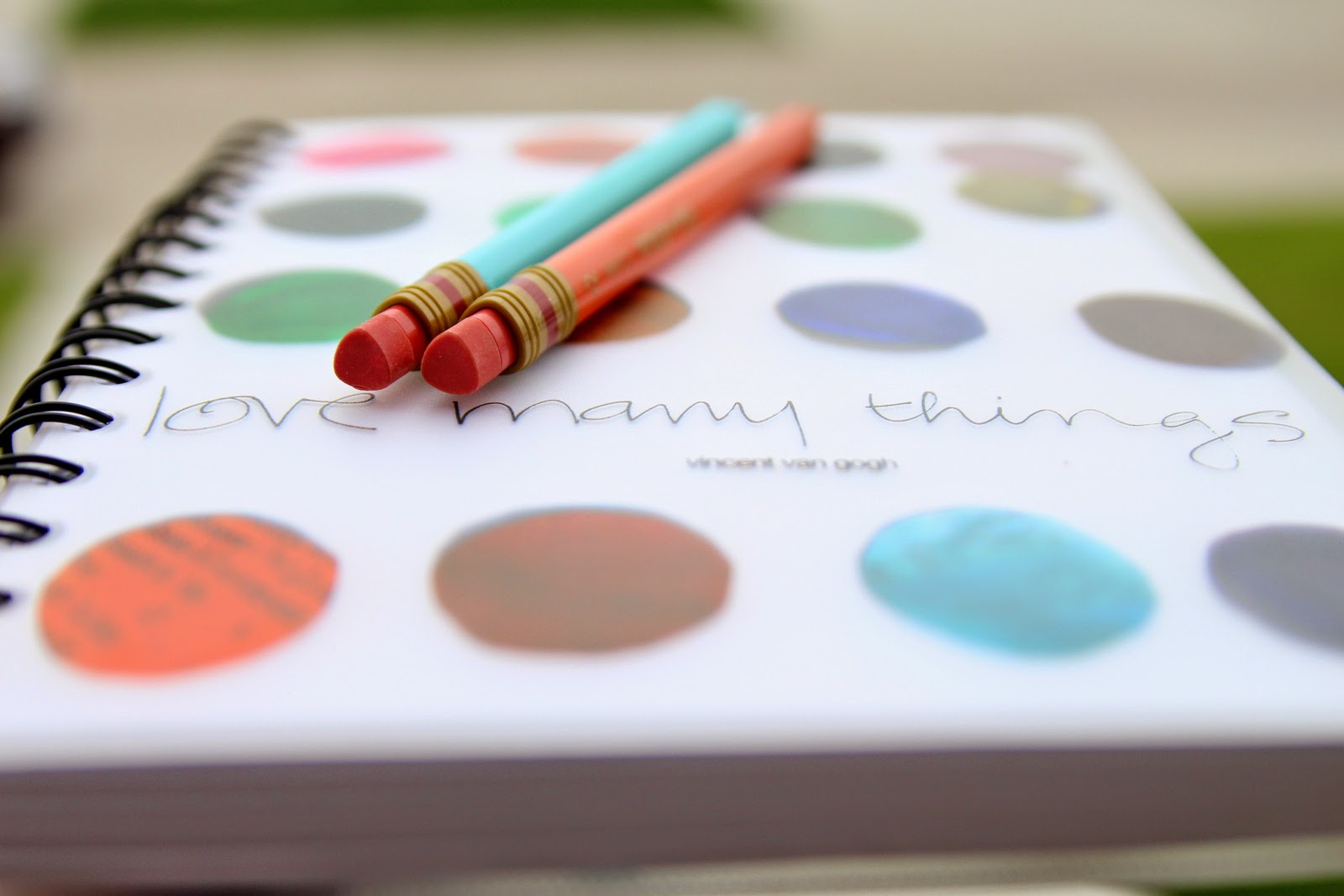 Now, let's talk about those pencils.  Game changers in the land of writing tools.  They are #2 lead, but mechanical and they are pretty and they feel right.  I've been giving them away as prizes and saying this, "This pencil will change your life.  You'll thank me later."  Good thing I'm never dramatic.

On with Monday people.  I hope all of the weekends out there were the best of the best. 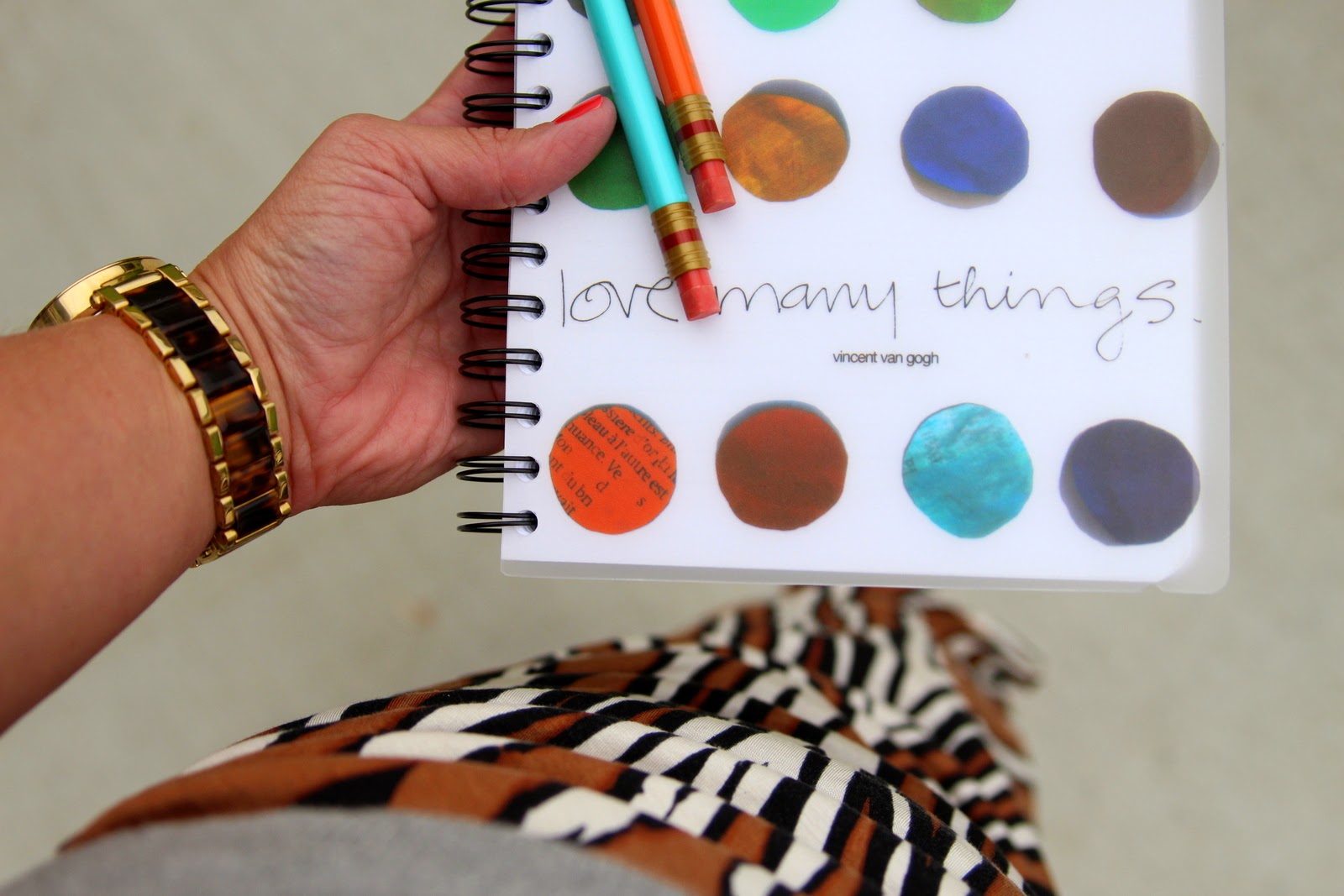 A Few More I Believes 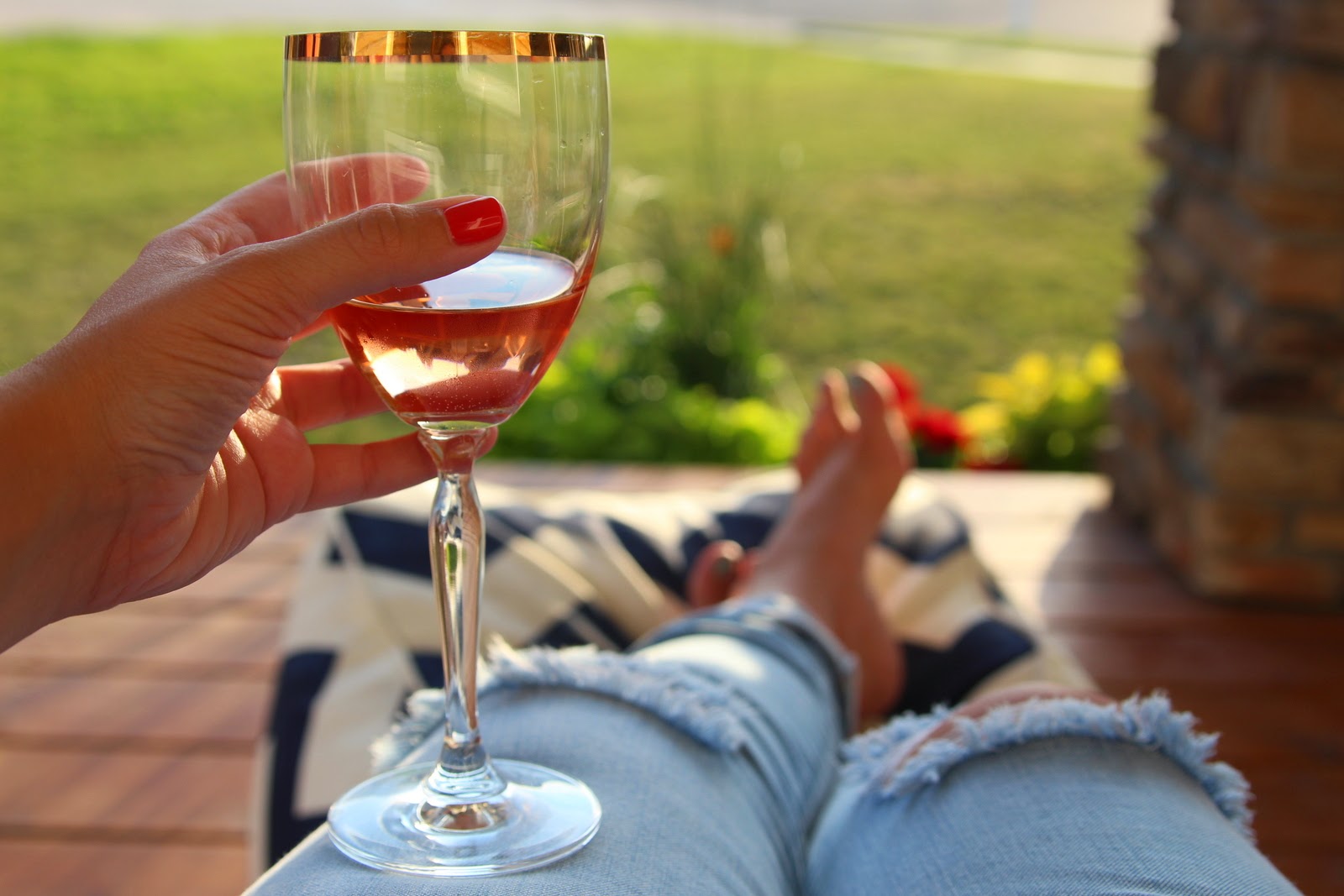 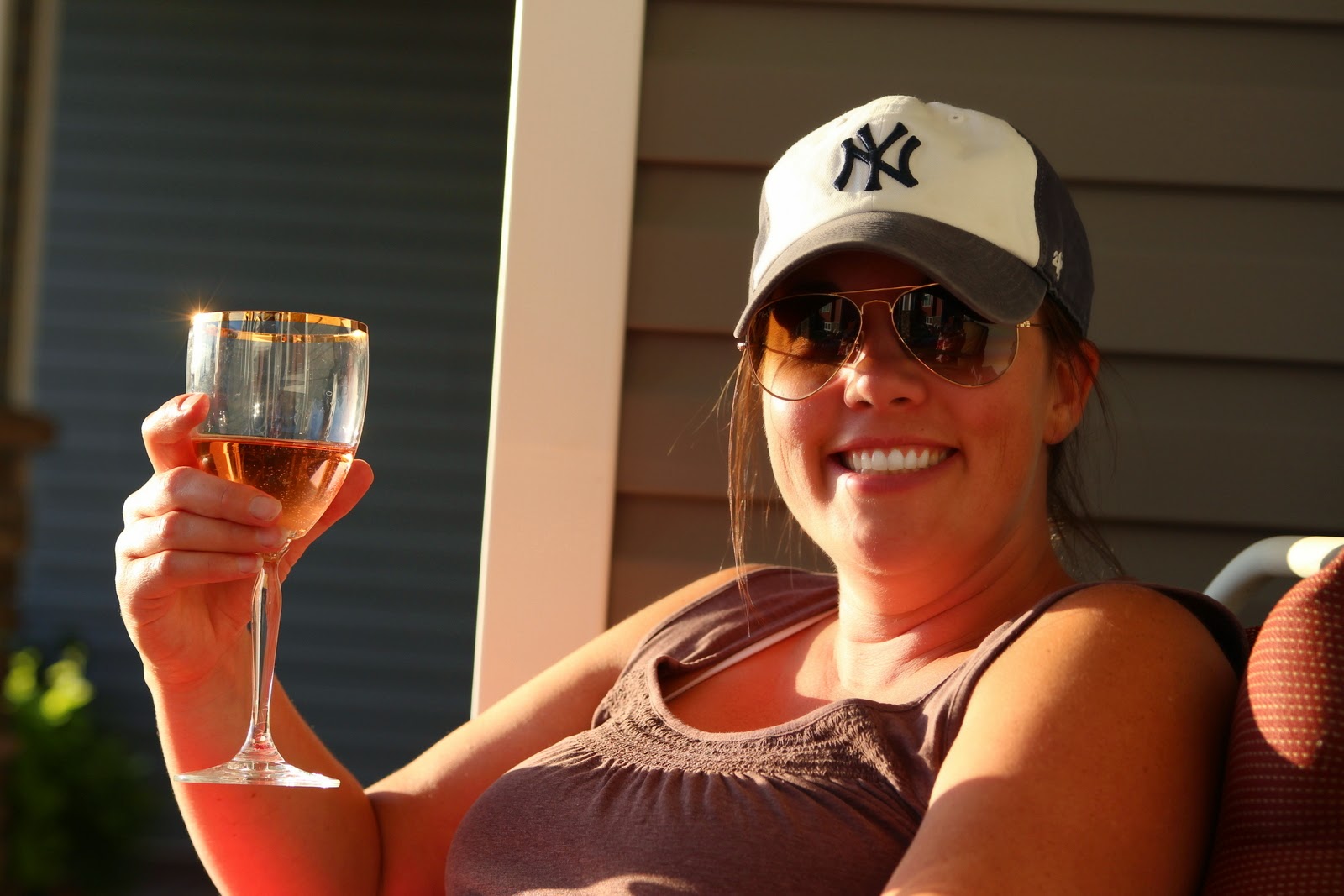 I believe in learning new things like making homemade pizza completely from scratch.  And I believe in passing on those nuggets of new to others; this time to Karen and her daughter Emma, who is now the sauce making princess. 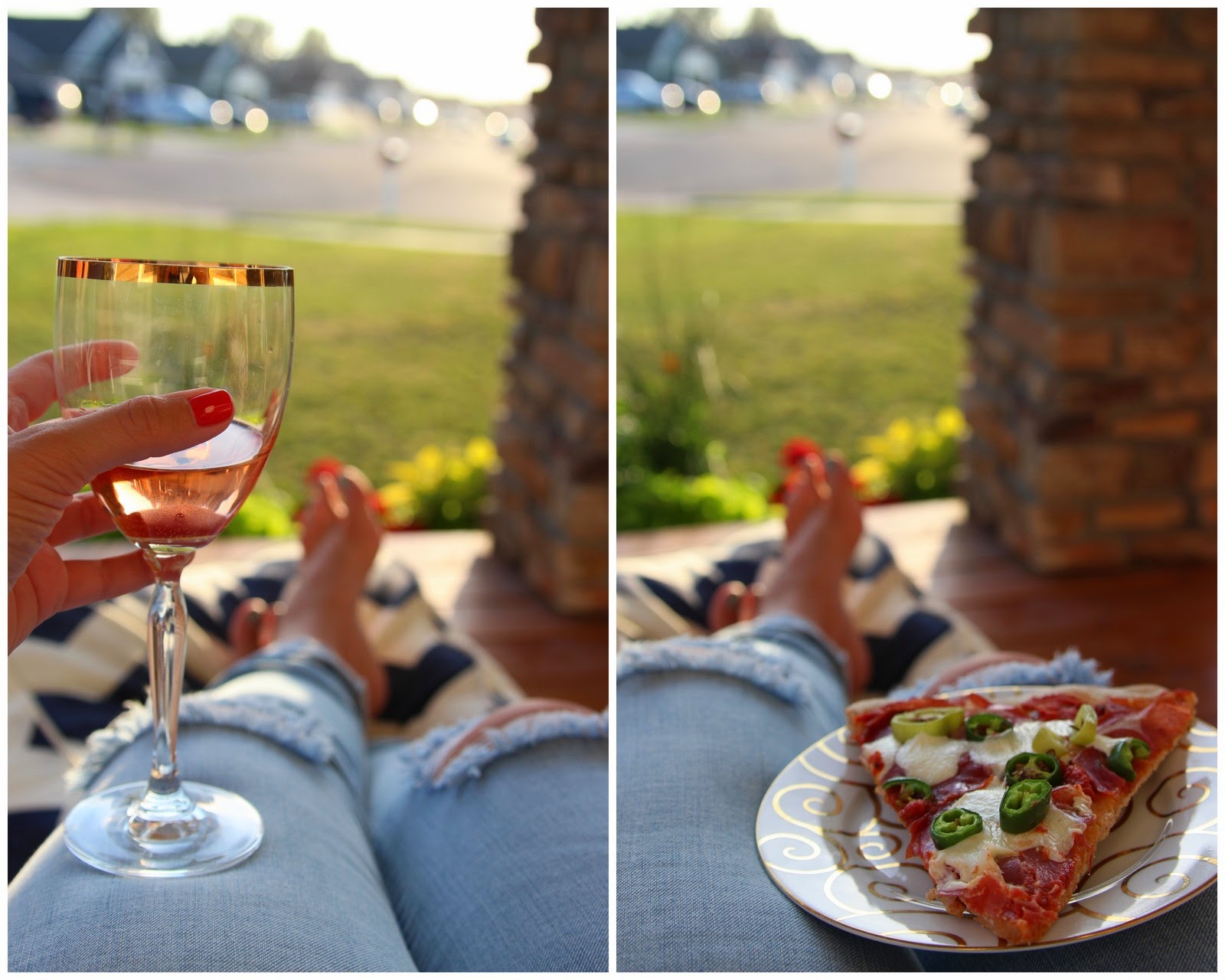 I believe in the changes of the seasons, each one bringing its own ebb and flow.  And I believe in soaking every last bit of one up before jumping to the next. 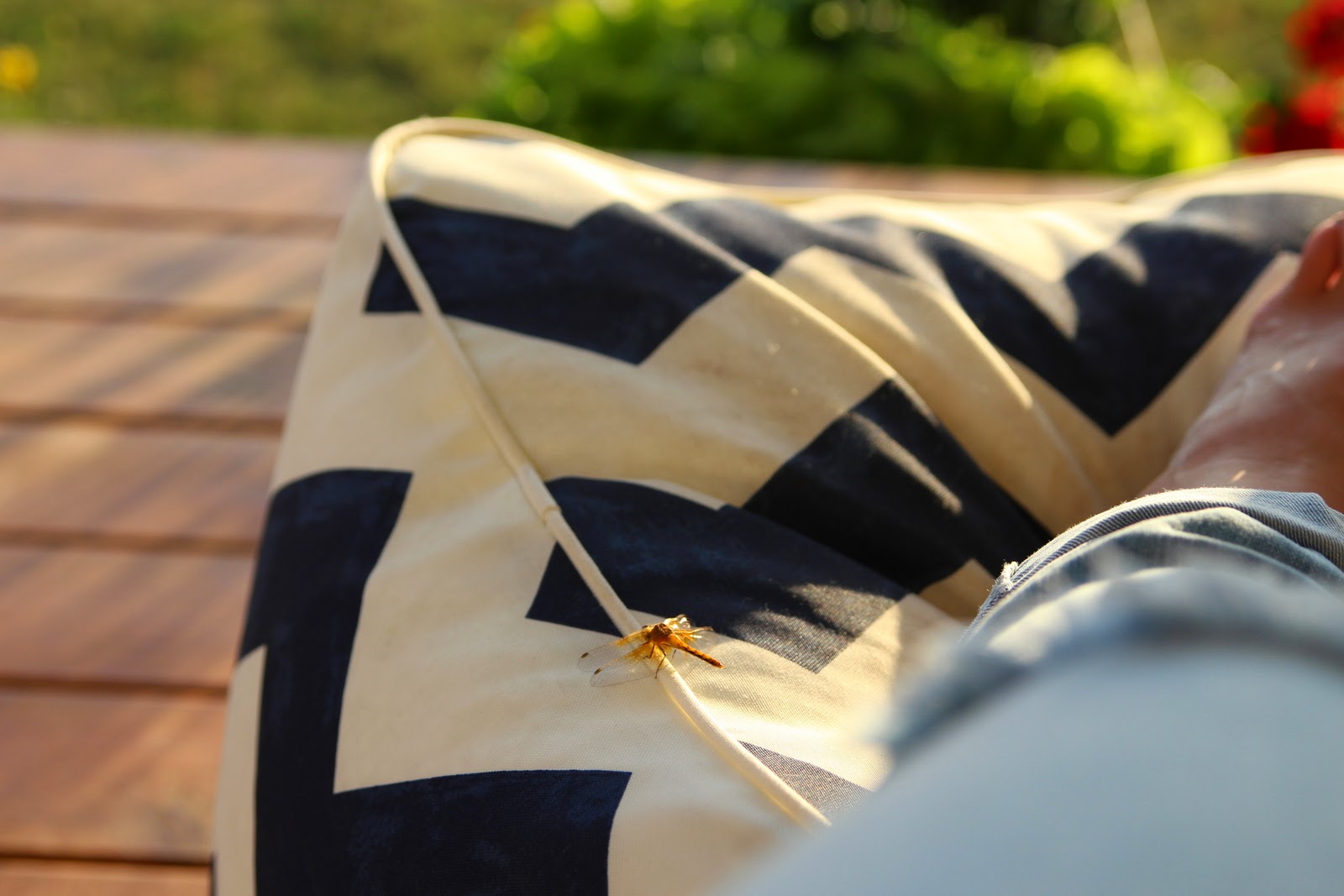 Last Sunday morning, I experimented around a tish in the kitchen with some peaches that were ripe and needing to be used.  Crisp was what I had on the brain but I wanted it to be a good for your body version, not just a good for your soul version.

Remember how I mentioned I sat in a semi with my brother and ate part of his lunch while we waited for the tractor and grain cart?  Well...the part of his lunch I ate was a homemade granola bar my sister-in-law whipped up.  It was delicious in its chewy peanut buttery and dark chocolatey and oats combination.

So when I was standing in the kitchen the next morning holding my coffee mug and staring at the peaches - literally staring - waiting for some idea of what to make to appear from thin air, I thought of the granola bars and made a phone call to that fabulous sister-in-law of mine.

After a quick discussion, we determined peaches could be added and they would just be a chewier bar because of the extra liquid. 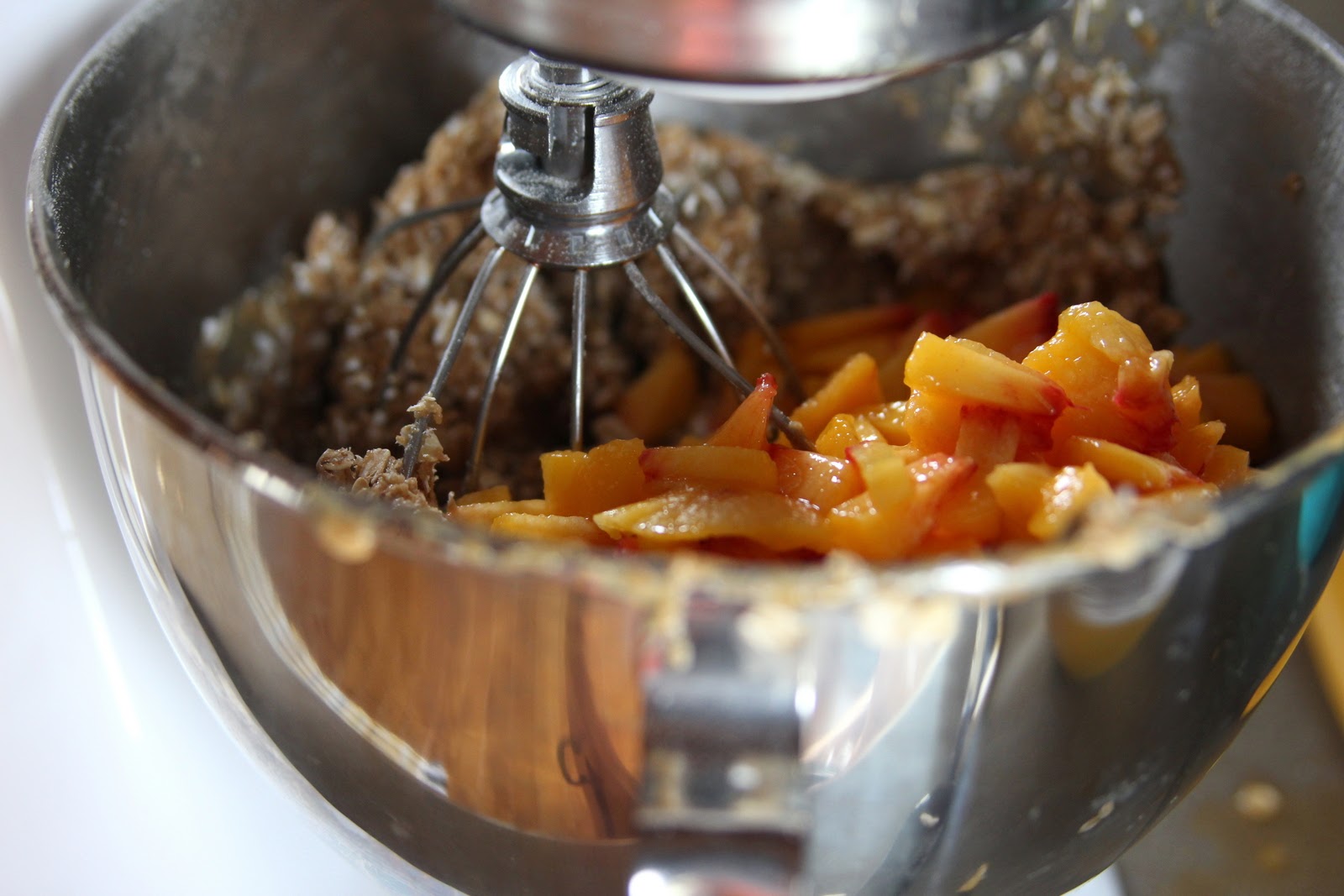 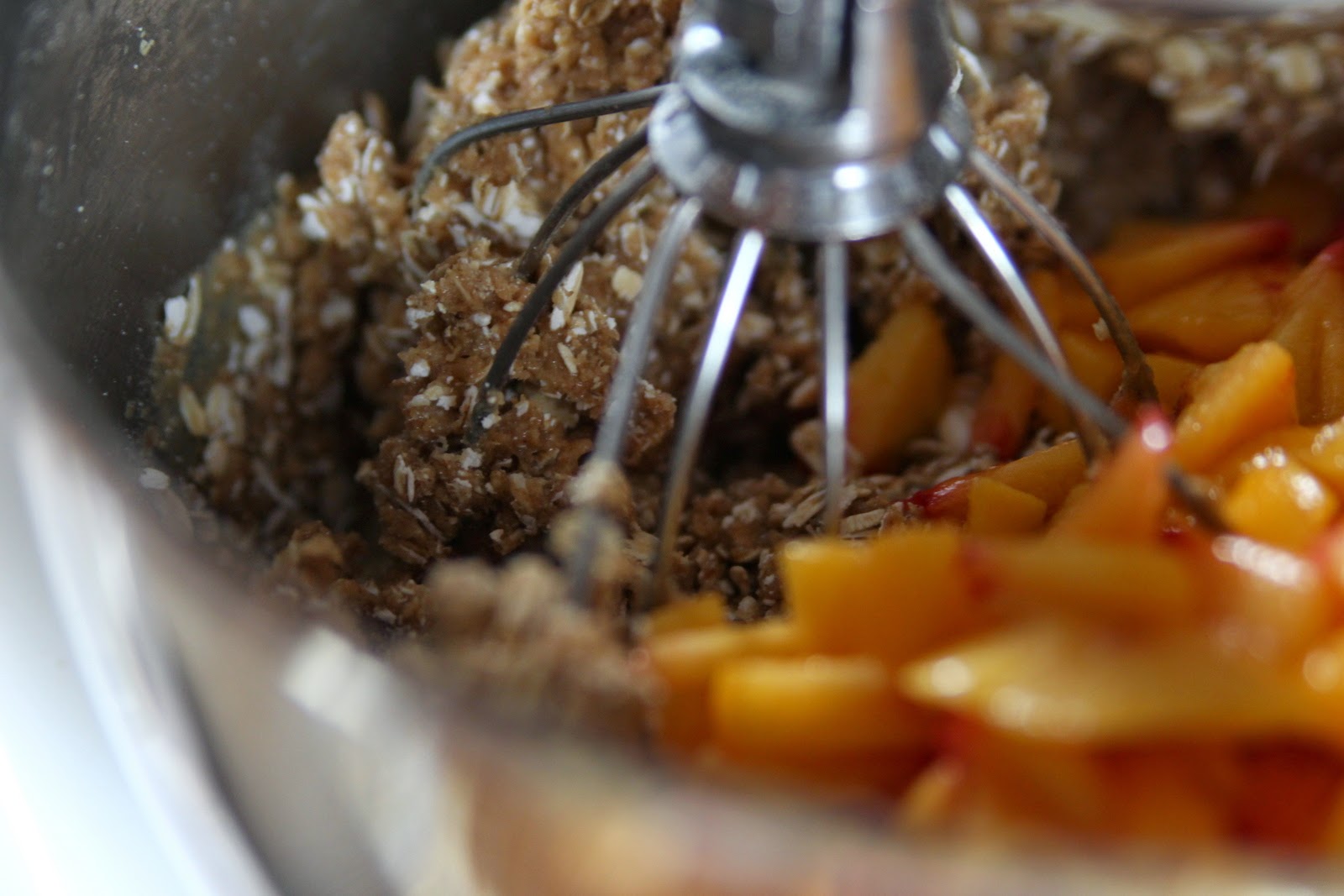 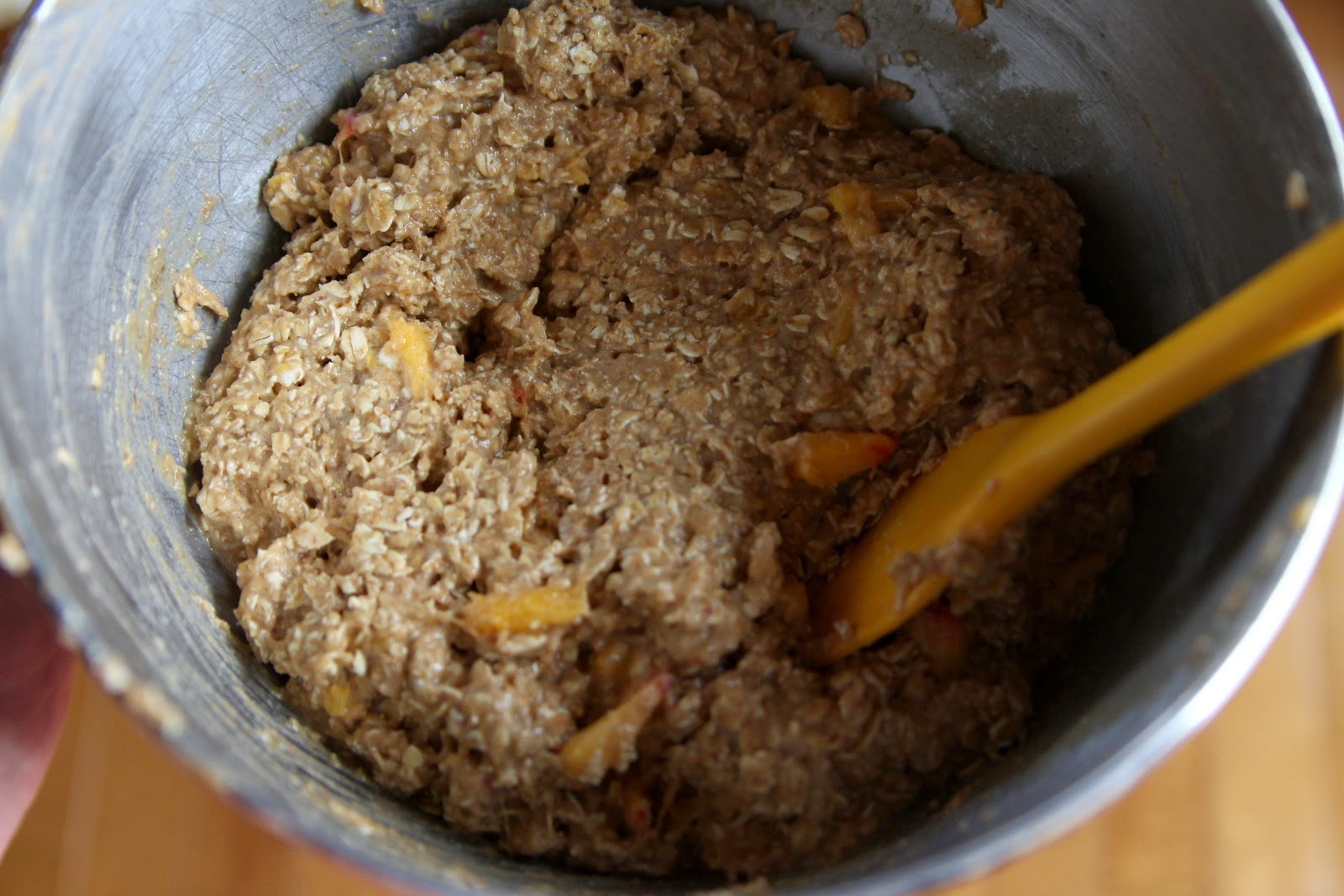 The dough looked sketchy at best but the final result was rather delicious.  My parents stopped over for lunch and when I brought out the mug of coffee and peach bar to my dad, I waited for him to take a bite and say something about it tasting healthy.  But, he didn't.  He ate it and seemed to enjoy.  I texted Sil that we had ourselves a success story and then made her a pan and Karen a pan.  The peaches I stared at on the counter with my coffee cup in hand were gone, used up in some good for your body peach bars. 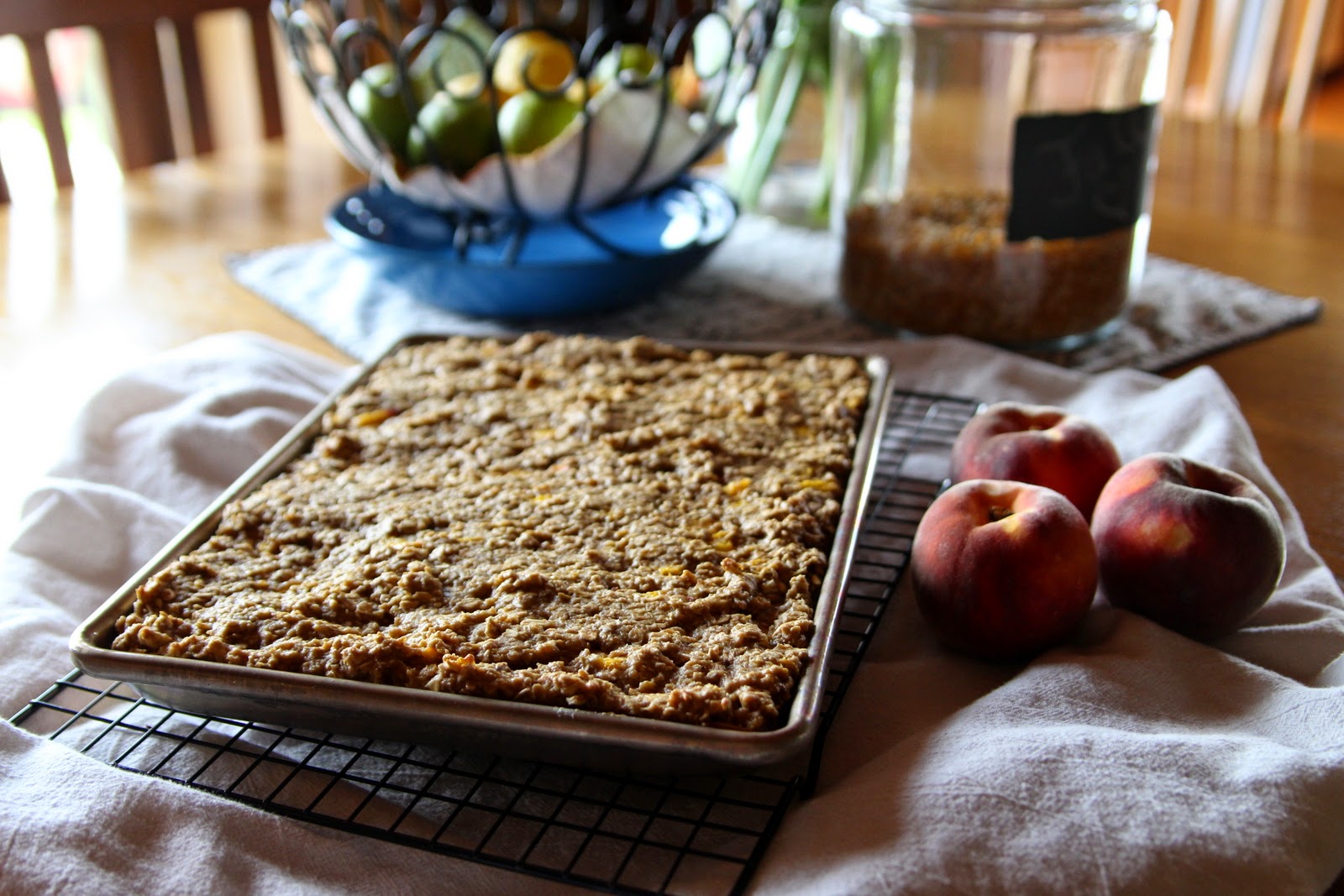 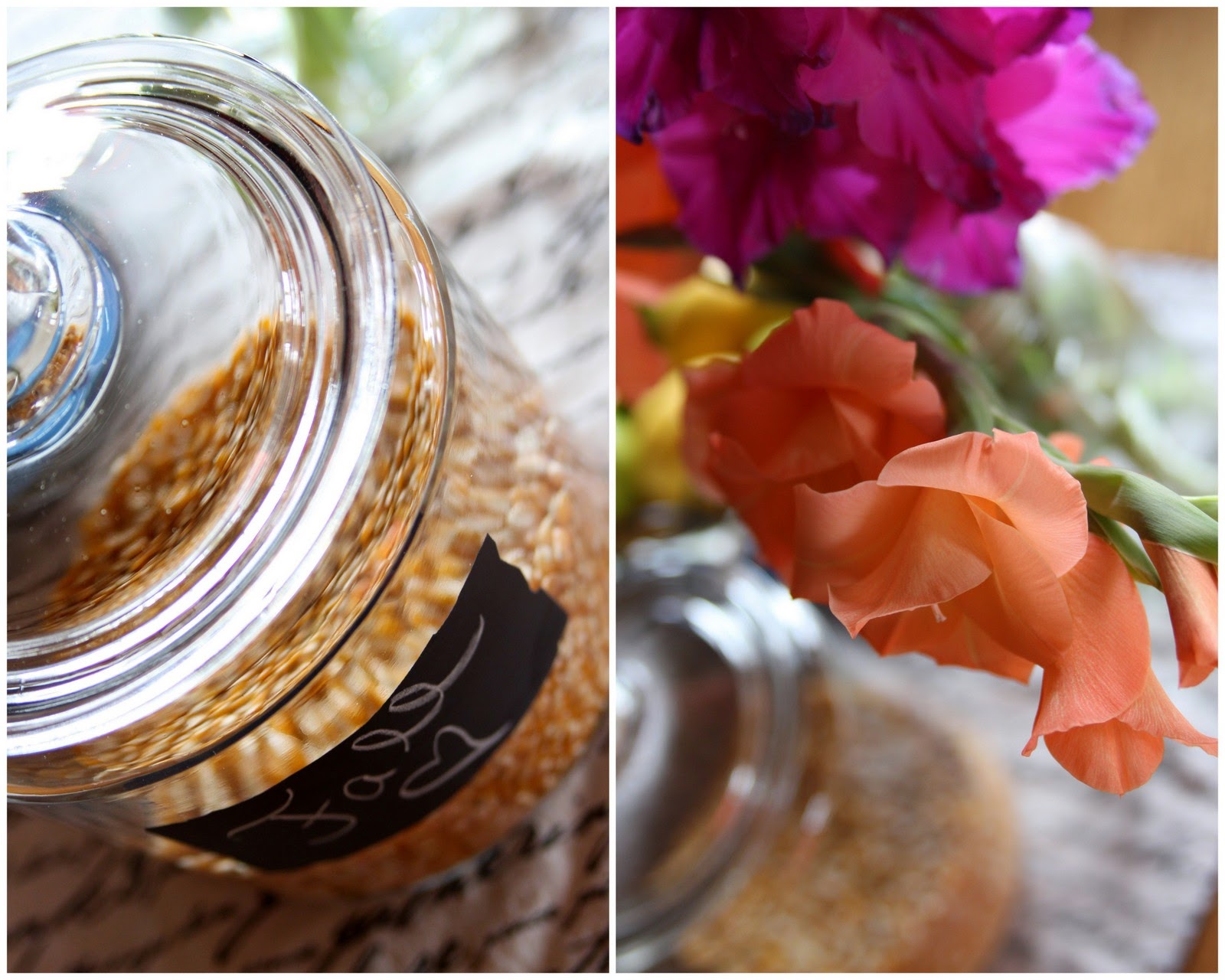 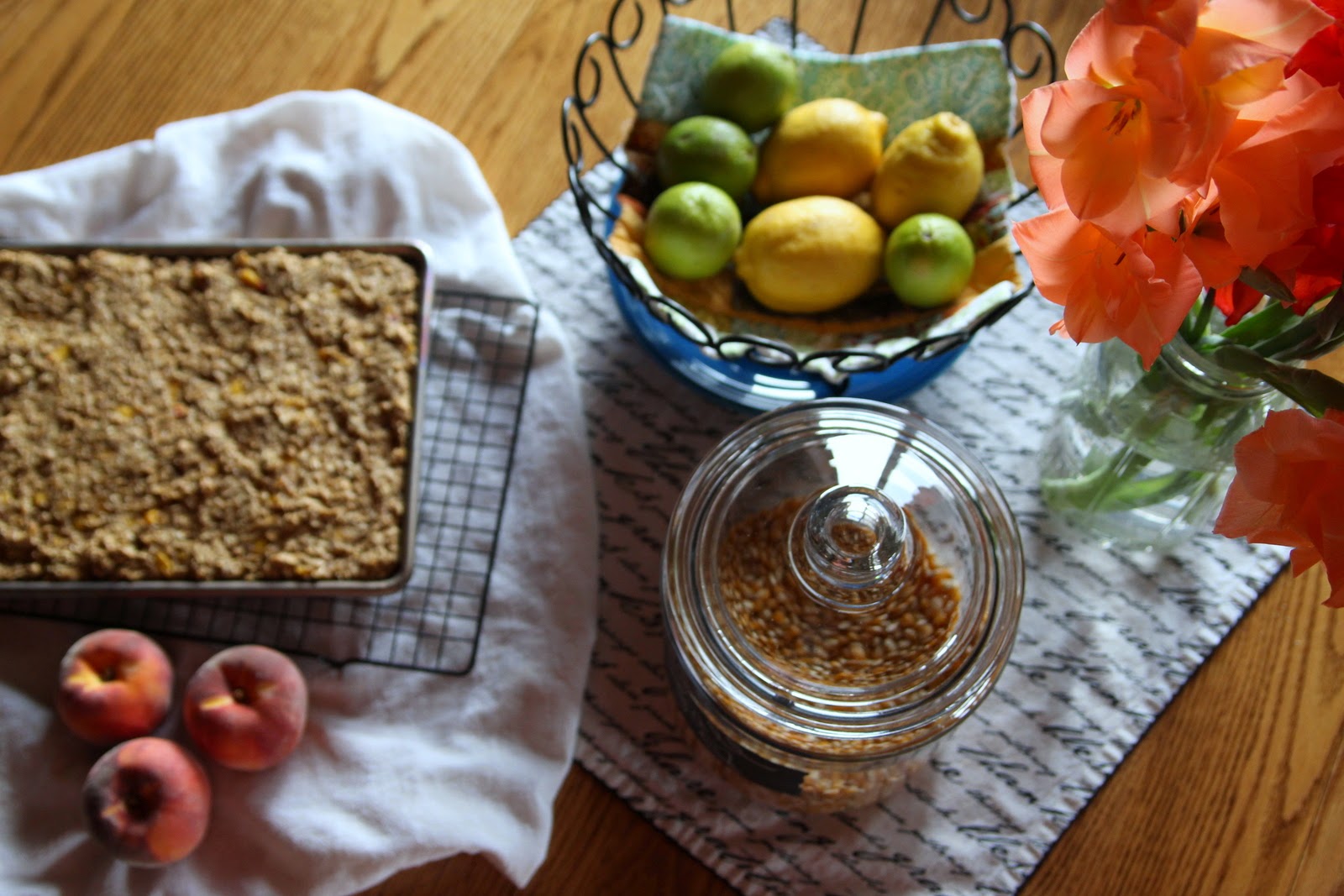 The original recipe that Sil found for the granola bars came from Kitchen Stewardship and here's how we tweaked it to make some peach bar business.

Whip together the peanut butter, honey, and vanilla.  In a separate bowl, mix the whole wheat flour and baking soda together.  Add that to the creamy mixture and stir.  Then, throw the oats in a cup at a time until all mixed together.

At this point, it will be thick.  As in thick thick.  Add in the two cups of peaches and then like magic, the dough becomes workable again.

Pour in a buttered or greased or nonstick (whatever floats your boat in that land) 9 x 13 pan and bake at 325 degrees for approximately 25-30 minutes.  The edges will be light brown but they will still look gushy and that's okay.

Take the pan out of the oven and let cool completely.  THEN here's the step that is the coolest for the cool bars.  Cut them up, place parchment paper on a baking sheet, and then put the cut bars on the sheet so they aren't touching each other.  Re-bake them at 325 for about another 13-16 minutes.  Let cool again and they become a little bar that really holds together.  I packaged mine individually and threw them in the freezer.  They are perfect for grabbing on the run for breakfast or for a pick me up snack. 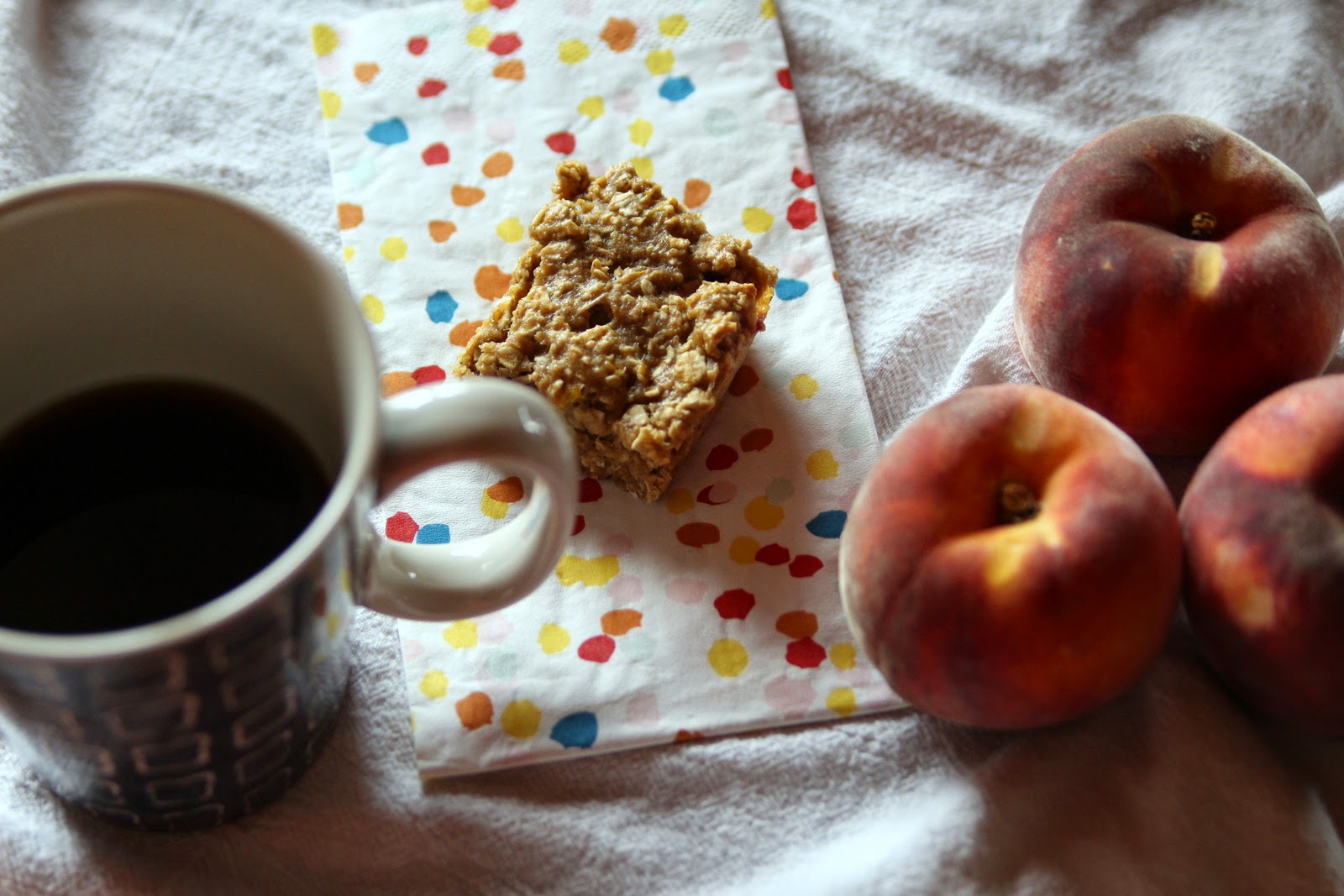 He Had to Go Right Now and a Magic Flower

The other night I was sitting out front of my house in a green fold up lawn chair.  I was chasing the sunshine as it dipped behind my roof on the patio side.  So front driveway with green fold up lawn chair it was to still warm my bones in the evening sun while eating grilled zuchinni and onions.  It probably was supper, I'm assuming it was but I never quite know because I've been known to simply graze.

A plate full of grilled zucchini and onions was in my hands and I was sitting alone, doing my thing enjoying the last bits of the evening.  The neighbor down the way was outside playing tennis with her little boy.  She stood on one side of the street and he stood on the other.  The number one thing I love about my neighborhood is that it's located on a square so things like tennis matches across the street are the norm around here.

Neighbor kept looking at me.  I kept smiling back.  She kept looking.  I smiled again.  I started to think maybe she thought my choice of food was weird or something.

All of a sudden her little boy threw down his tennis racket while yelling - and I'm talking yelling, "I GOTTA POOP!!!  I GOTTA POOP RIGHT NOW!!!"  He took off like a jet and I think he was heard for blocks.

I laughed out loud.  That kind of stuff is like gold to me.

Neighbor kept looking at me.  By this time I'm thinking, hey neighbor lady who is normally quite nice - I'm not sure why you keep looking at me.  I wasn't just part of the scene that involved the yelling of POOP twice.

Then, I looked down.

I was wearing hot pink running socks with my flip flops and blue shorts.

A little boy who had to poop really really bad and right this second and felt the need to announce it the world made my night.  In turn, I'm kind of thinking the odd neighbor sitting in her driveway in a green fold up lawn chair eating grilled zuchinni and onions while wearing hot pink running socks with flip flops and blue shorts might have made the little boy's mom's night.

On another note, you can totally pull a flower out of a pot in the fall, as in just give it a solid tug until you think it's all gone and all that's left is dirt.  Then, you can put the pot in your garage for the entirety of the ridiculously cold North Dakota winter.  And then, you can notice in the spring there are green sprig things growing from the dirt.  Finally, you can put the teal pot back on your patio with the notion that maybe those green sprigs will grow while you water it while the sun shines in May and June.  Finally by July, you'll have yourself a real flower on your hands again.  Magic I tell you.  Or maybe it turns out I had picked out a perennial last year for my teal pot instead of just an annual.  Magic or Horticulture 101.  You decide. 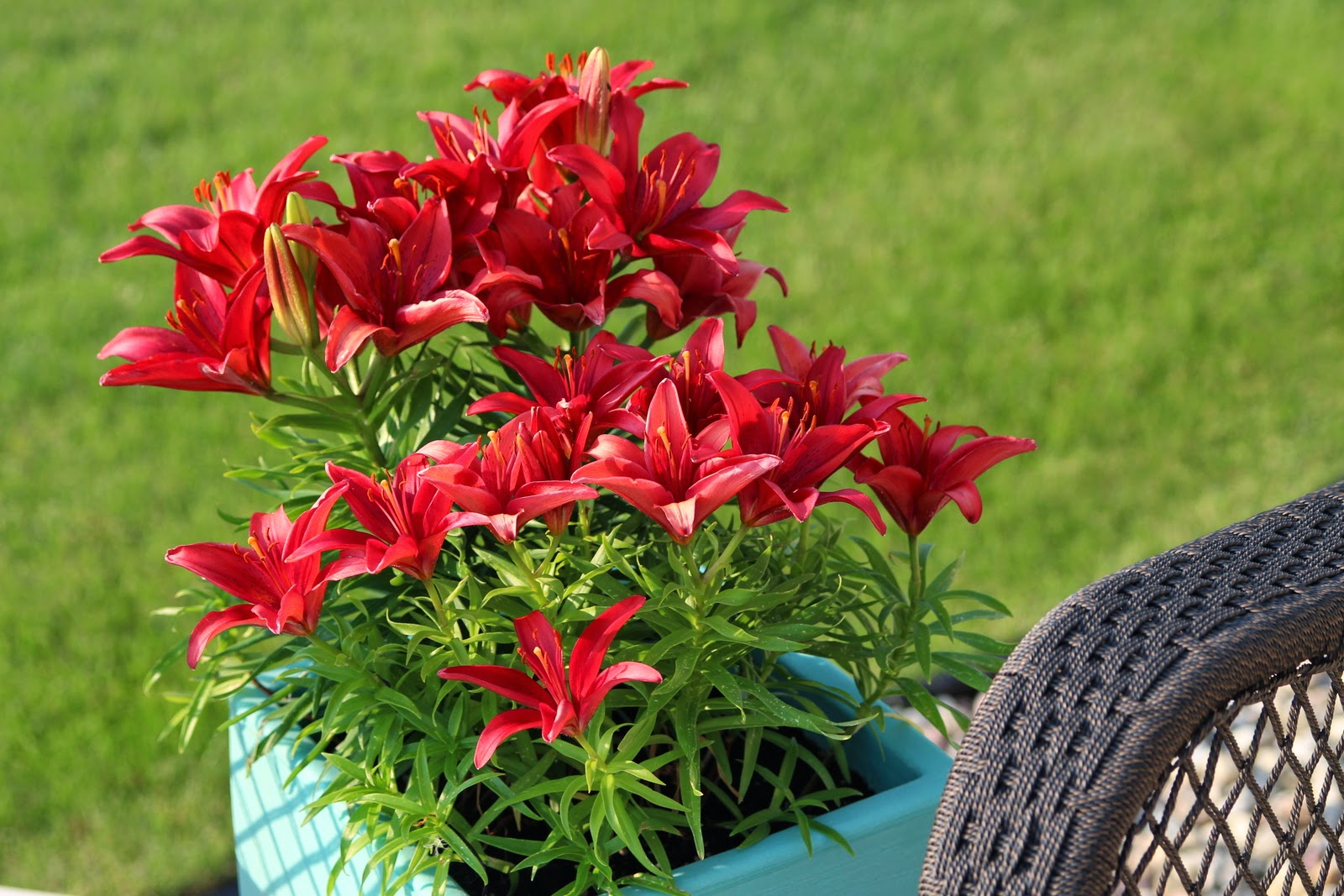 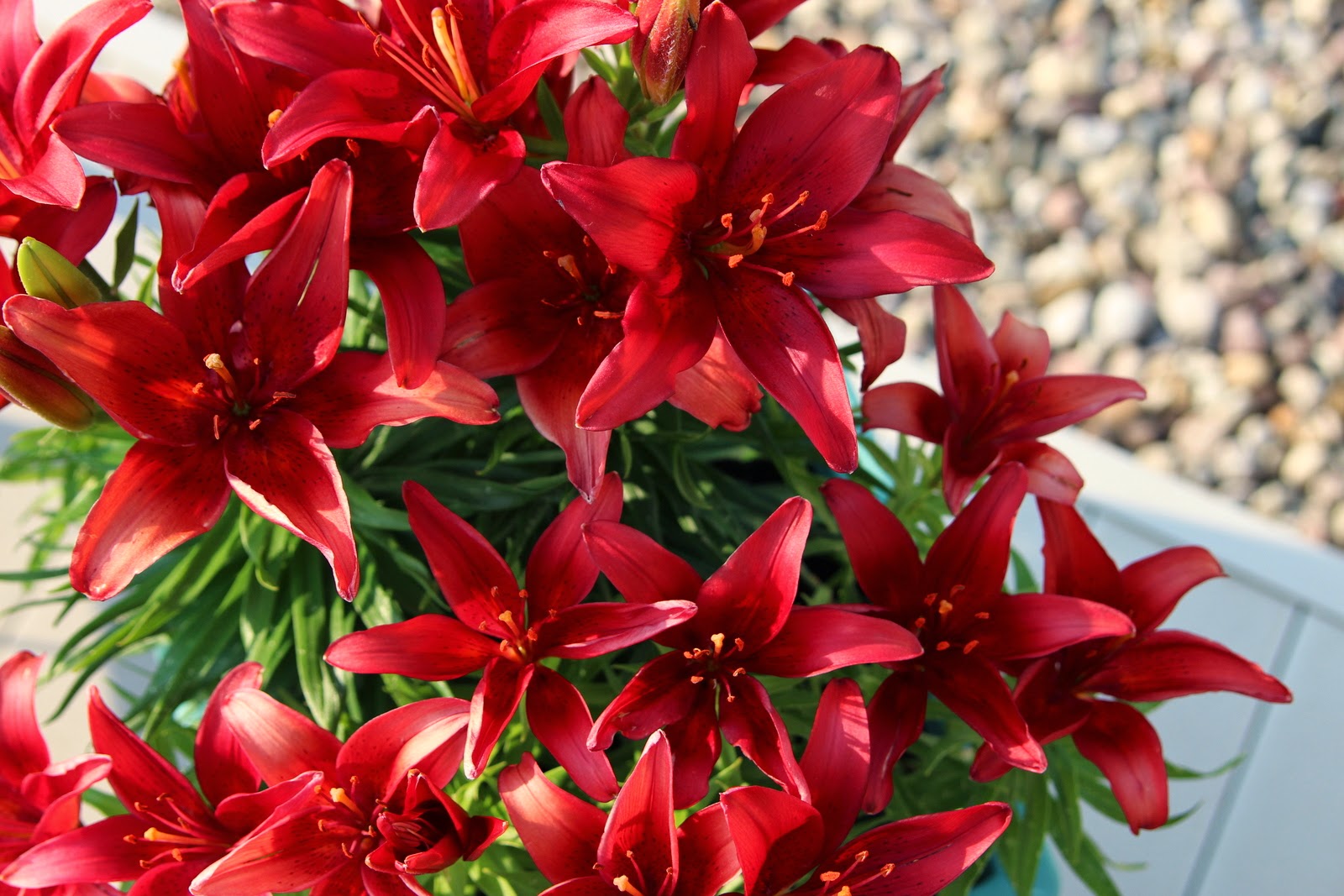 Amy
Lip gloss and capturing life's moments make my heart happy. I try to combine the two as much as possible.